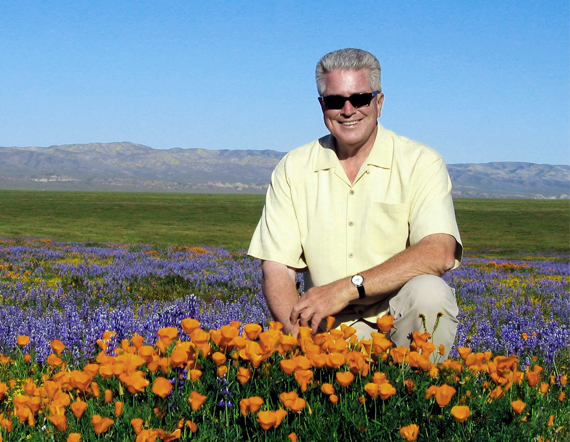 Huell Howser loved California. And when I say loved, I mean he was borderline crazy for California. It didn’t matter how small the story or little the detail he was highlighting in his show California’s Gold, he thought it was amazing. For a taste of what I mean, let’s review some of his most often used sayings, shall we (check out this Huell Howser-inspired drinking game)?

“It just doesn’t get any better than this!”

“Here I am standing on a big old pile of horse manure!”

Okay, you got me, that last one was a joke. He didn’t talk about horse manure enough for it to become a familiar catchphrase. Oh, did you think I made up the quote? No, the quote itself is very, very real.

Suffice it to say, people liked to poke fun at him. But they did it with affection because despite his sometimes annoying quirks, he was a likeable guy. When he asked people a question, he genuinely wanted to know the answer. He spoke with an endearing Tennessee twang and had a child-like enthusiasm for life. He was passionate about history, historic preservation and storytelling. For 20 years his show covered all kinds of subjects and places, even the seemingly mundane, because he believed good stories stemmed from everyday life and could be found in even the smallest of details. As a personal historian and lover of all stories great and small, this is something I’ve always taken to heart.

On his website, Huell said, “We operate on the premise that TV isn’t brain surgery. People’s stories are what it’s all about. If you have a good story, it doesn’t have to be overproduced. I want our stories to reveal the wonders of the human spirit and the richness of life in California, including its history, people, culture and natural wonders.”

So when I found out he’d died early Monday morning, I was shocked enough to yell “What?!” at the radio as I was pulling out of the Trader Joe’s parking lot. He’d retired from his show rather abruptly last November, but he didn’t say anything about being ill. Turns out he had been making some preparations. According to a Huffington Post article by Anna Almendrala, in 2011 he donated all of his California’s Gold tapes, 1,800 books on California, and one of his houses to Chapman University. He also funded several Chapman University scholarships. His friend and producer Ryan Morris has since confirmed that he had been ill for the last three years, declining to elaborate any further.

What surprised me even more than his death was how sad I was—I am—about it. I don’t think I realized how much I liked Huell and California’s Gold.

My family didn’t have cable so it wasn’t unusual to find the TV tuned to Huell Howser on the weekends. Our state always seemed a little more interesting after watching his show. Sometimes we’d even explore one on his recommendations (a trip to Anza Borrega Springs to see the poppies became an annual expedition). Throughout the years, whenever he came up in conversation (it happens when you live in California), I spoke of him with amused affection. In 2005, I was excited to have him pop up on the The Simpsons in the episode “There’s Something About Marrying,” in which they feature a character named Howell Huser trying to find some “gold” in Springfield. I was so proud of him. You know you’ve really become a part of American culture when you’re mocked on the The Simpsons. 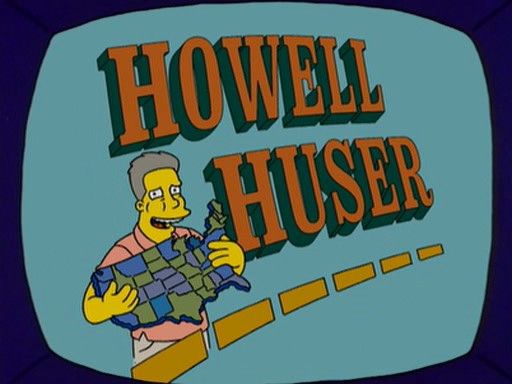 It’s always a little strange to recognize the role a person you didn’t even know played in your life, but I think somewhere between watching California’s Gold with my family on lazy Sundays and bad impersonations of Huell’s Tennessee accent, he became someone I admired, even emulated. I don’t think it’s a coincidence that the stories I cherish most are the everyday tales, the ones that take delight in the little surprises, the ones that if I didn’t already encounter on a regular basis, I’d chase anywhere to find.

Now when I think about how ridiculously interested in everything he was, I get a bit of a lump in my throat. His over-the-top enthusiasm may have inspired a lot of eye rolls, but his excitement was really just a testament to his joy for life, and when you think of it that way, it doesn’t seem quite so silly anymore. Well, unless we’re talking about horse manure.

Posted on January 10, 2013 by Rachael. This entry was posted in Nostalgia. Bookmark the permalink.